The makers of the upcoming film Veeram released the first poster and actor Kunal Kapoor looked every bit of a true and epic warrior in it. 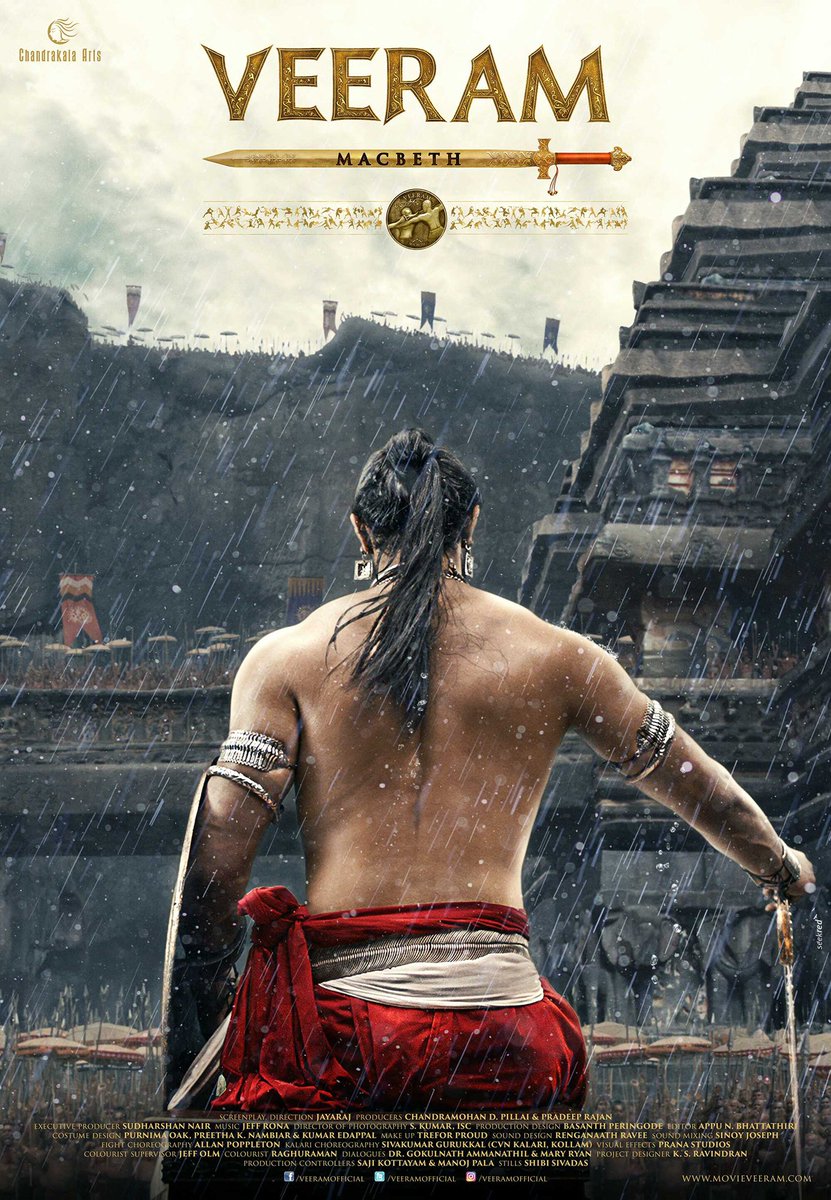 Veeram is an adaptation of legendary poet Shakespear’s classic Macbeth.

The poster gives a glimpse of the bare back of the actor who dons the avatar of a warrior.

The story is set in the North Malabar area of Kerala.

Directed by national award-winning film-maker Jayaraj Nair, the film has been co-produced by Chandramohan Pillai and Pradeep Rajan of Chandrakala Arts.

Veeram is being made in Malayalam, Hindi and English.

Set in 13th century Kerala, the film resuscitates the real life character made famous through folklore literature and songs.

Action choreographer Allan Poppleton, who has worked on films such as300, Hunger Games and Avatar, has been roped in to take care of the action sequences in the movie. Award-winning make-up artist Trefor Proud has also been brought on board.

When Ranbir Kapoor chased after Natalie Portman and she told him to GET LOST!

Khaidi No 150 teaser: Chiranjeevi gets special gift on 61st birthday

Ileana D’Cruz to take action against makers of Amitabh Bachchan starrer Aankhen 2! Find out why!

Subaru could have all-electric CUV by 2021

How to always stay young at heart in 12 illustrations

Two friends were making fun of an Elderly man

Check Out The Details Of Baahubali 2’s Huge Climax Scene