Indian women shooters Ayonika Paul (L) and Apurvi Chandela (C) will be in action in Rio on Saturday.

Ever since Abhinav Bindra won the men’s 10m air rifle gold at the 2008 Beijing Olympics, Indian shooters travel to every international meet with a reputation to defend. At the Rio Olympics 2016, it will be no different. Catch live shooting score of India’s campaign here. (MEDAL TALLY | INDIA AT RIO TODAY)

Four Indian shooters – Apurvi Chandela, Ayonika Paul, Jitu Rai and Gurpreet Singh – will start India’s campaign at the Olympic Shooting Centre on Saturday. This venue could turn into a goldmine for the Indians, who won two medals – a silver (Vijay Kumar) and a bronze (Gagan Narang) – in London 2012.

Both Apurvi and Ayonika have won international medals in the 10m air rifle category – they finished one-two at the Commonwealth Games in Glasgow in 2014.

If they can overcome the nerves of competing in their maiden Olympic Games, they can go the distance. Fifty-one shooters will compete at the qualifying rounds. The event starts at 5 PM IST. The finals are from 7 PM IST. 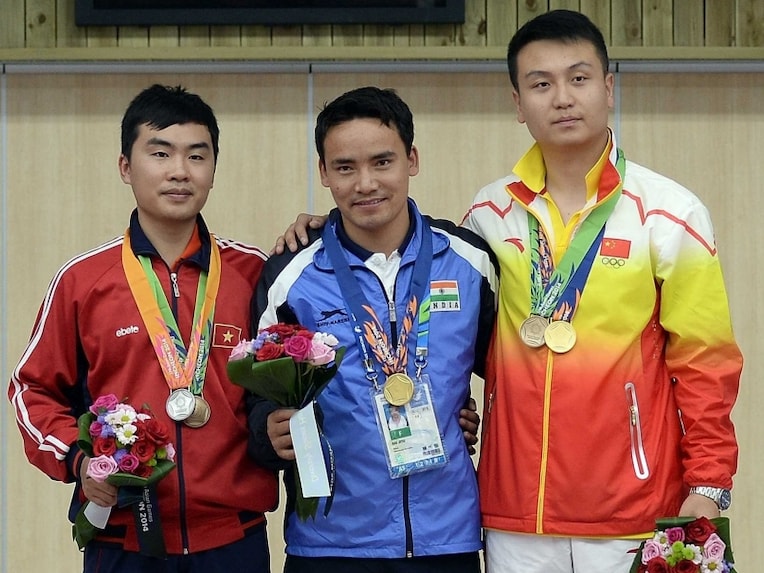 Hopes will be high from Indian shooter Jitu Rai (C) at Rio.

On current form, India’s biggest hope in the shooting range centres around Jitu Rai in the 10m air pistol competition. Forty-six shooters, that includes Jitu’s Army teammate Gurpreet Singh — will be at the qualification round from 9:30 PM IST.

Jitu Rai will carry the hopes of a billion Indians. He was the first Indian to qualify for Rio Olympics 2016 after winning the gold medals at the Commonwealth Games and Asian Games in Incheon in 2014. The finals are past midnight (Sunday in India).

Apple unveils iPhone SE: How it will stack up against iPhone...

Why Will Varun Handle Promotion Of ‘Dishoom’ Alone?

Around 108 cell towers found to be exceeding radiation limits in...