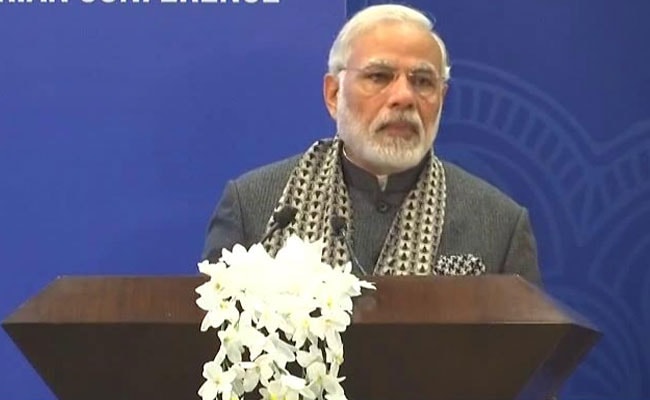 PM Modi, in his keynote address said, the government’s aim was to root out corruption.

“We do not intend to exploit anyone’s resources, nor we are eyeing anyone’s territory. Our focus has always been on capacity building and resource development,” Prime Minister Modi said, addressing the Persons of Indian Origin (PIO) Parliamentary Conference in Delhi.

The remarks come amid India’s strong objections to Chinese investments in Pakistan-occupied Kashmir or PoK, where Beijing is constructing roads and power projects.

It was the first PIO Parliamentary Conference to be held at the Pravasi Bharatiya Kendra in Chanakyapuri. India celebrates January 9 as the Pravasi Bhartiya Diwas to mark the contribution of overseas persons with Indian-origin in building India. Some 124 Members of Parliament and 17 mayors from 23 countries are participating in the conference.

Prime Minister Narendra Modi in his speech, said his government was following the “guiding principle” of “reform to transform” that helped India to move way ahead of the “jaisa pehle tha, vaisa chalta rahega, kuch badlega nahi” (things will remain as they were, nothing will change) attitude.

“Hopes and aspirations of our people are on an all time high and that is because of the transformation the country is going through. The World Bank, the IMF, Moody’s are looking at India in a positive way,” he said.

The government’s aim was to root out corruption and with the implementation of the Goods and Services Tax (GST), it has removed many tax slabs and brought about transparency in transactions in various businesses, he said.

“Keeping in mind the needs of 21st century, the government is increasing the investment in technology, transportation,” he said.

The prime minister praised the contribution of overseas Indians in “influencing the geo-politics of where you live and how you are making policies”.

“We feel proud. If I talk about politics, I can see that there is a mini world Parliament of Indian origin sitting in front of me. I can imagine how happy your elders and ancestors must be on seeing you all here.”

He said that the 21st Century was being considered the Asian century and India would be a major player and “you shall feel proud about our growth, hence inspiring us to work even harder”.

U.S. and Pakistan Give Conflicting Accounts of Drone Strike